Air Serbia now flying to Oslo, as from July 16th 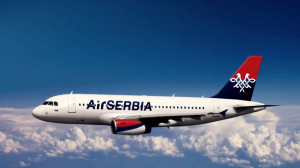 On 16 July, with the flight JU 450, using Airbus A319, Air Serbia launched direct flights between Belgrade and Oslo. The national airline will be operating flights to the Norwegian capital two times a week, on Thursdays and Sundays.

Known as the cultural, scientific and administrative hub of Norway, Oslo also represents a significant centre of commerce, banking, industry and sailing in Europe. This city is among the list of places with the highest quality of life in the whole world, with very high environmental standards, beautiful nature and rich tradition. Oslo is also the biggest city in Norway, with almost one quarter of the entire population living in its territory.

Air Serbia also operates flights to Stockholm and Copenhagen, and the introduction of flights to and from Oslo will enable better connectivity with Scandinavia for the entire region. Once the flight schedule reaches full capacity, Air Serbia will provide its passengers with good connections from Oslo via Belgrade to Sarajevo, Tivat, Podgorica, Skopje, Bucharest, Sofia, Thessaloniki and other destinations in its international network.