Volotea keeps growing in 2020 and offers over nine million seats 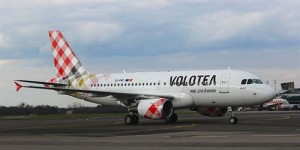 Departing from France Volotea will operate 161 routes, 176 from Italy, 90 routes from Spain and 80 from Greece. In total Volotea serves in 14 different countries.

Volotea will continue increasing its operations next year, expecting to carry between 8.5 million and 9.0 million passengers in 2020. For these purposes, five aircraft Airbus A319 will be added next year, increasing its fleet up to 38 units. At the same time, three Boeing 717 will be phased out in 2020 accelerating the transition to become an Airbus fleet airline in 2022. To capitalize this growth, more than 150 new positions will be open for recruitment among its headquarters and its 16 bases.

Additionally, Naples, Lyon and Hamburg have been announced to become new Volotea bases and new local jobs will be created. Airbus A319s will be based in these airports to boost operations and offer additional seats and new destinations.

New bases are located in two main Volotea markets, Italy and France. The base in Hamburg represents its first in Germany and has been opened to serve the Airbus Shuttle Service that Volotea will operate for the next five years. Flights started on November 4th and connect two of the major Airbus sites in Toulouse and Hamburg.