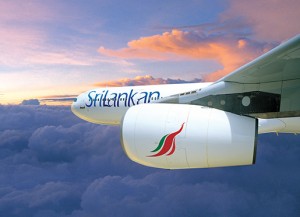 Forty years ago on September 1, 1979, the first flight of SriLankan Airlines was made, the aircraft rising gracefully from Colombo’s Bandaranaike International Airport to wing its way to Bangkok. It was the modest start of the National Carrier’s four decades as the mainstay of air travel and air cargo transportation for the island nation’s economy.

Today, SriLankan Airlines is a global award winning airline that carries millions of passengers each year with a route network of 109 cities in 48 countries, including codeshare operations in partnership with the world’s finest airlines. It is firmly established as one of the leading airlines in the Indian Ocean region, being the largest carrier to both Sri Lanka and the Maldives, and the largest foreign airline in India.

Vipula Gunatilleka, Group CEO of SriLankan Airlines said: “Our objective is to become the most customer-centric airline in Asia, both in the air and on the ground, building on our four decades of excellence in customer service for which we have won numerous international accolades with our emphasis on safety, punctuality and service.”

A member of the prestigious oneworld global airline partnership, SriLankan Airlines also connects travelers to over 1,000 cities in 160 countries through its oneworld partner airlines. Travelers get to enjoy SriLankan’s all-Airbus fleet of modern aircraft with their latest on-board comforts such as flatbeds in Business Class and sophisticated in-flight entertainment that complement its world class service. With SriLankan being repeatedly named one of the most punctual airlines in the world, they also get to enjoy on-time departure and arrival, a rarity in air travel.

The airline has now embarked upon a new Business Plan that is aimed at turning around the company to profitability in the shortest possible time.

Mr. Gunatilleka added: “Our staff has been our biggest strength and we look to them to ring in many changes to help SriLankan evolve. Next year, new destinations such as Ahmedabad, Calicut, Katmandu, Saigon and Sydney will be added and several code-share agreements have been finalized with carriers from Africa, Middle East and the Far East to bridge the gaps in our network. What do we do to reduce carbon emissions and use of plastic on board? We are implementing many cost saving initiatives including fuel saving measures for our fleet. At the same time, the impact of global terrorism, trade tensions and climate change must be addressed.”