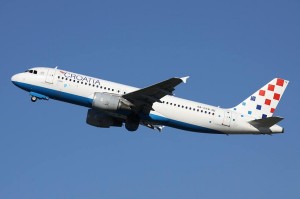 For the second year in a row, Croatia Airlines, Croatian flag carrier and Star Alliance member, is extending its network of European destinations by introducing four international routes. Most of the news are related to the Scandinavian market where Croatia Airlines will offer flights to three new destinations. Beginning on May 19th, Croatia Airlines will directly connect Zagreb and Stockholm three times a week – on Mondays, Wednesdays and Fridays, in the afternoon.

Two days later, on May 21st, for the first time in the history of the company, regular international flights Zagreb – Helsinki and Zagreb – Oslo will be introduced. Croatia Airlines will have flights between the Croatian and Finnish capitals three times a week – on Tuesdays, Thursdays and Sundays, with morning departures from Zagreb, and flights between Zagreb and Oslo will be carried out twice a week – on Thursdays and Sundays, in the afternoon.

In the summer timetable Croatia Airlines is also introducing direct international flights between Zagreb and Bucharest, also for the first time in the company’s history. Flights on the new route will begin on May 19th, and the Croatian and Romanian capitals will be connected three times a week – on Mondays, Wednesdays and Fridays.

This is the second consecutive year in which Croatia Airlines expands its network with four international routes. Last year the company introduced direct flights from Zagreb to Lisbon, Milan, Prague and St. Petersburg, which will be also performed this tourist season. Thus, within a period of 365 days, our passengers have been offered as many as eight new international routes. This way the company provides strong support to the development of Croatian tourism and the overall business sector.

In order to increase its network, this season Croatia Airlines has hired two 100-seat CRJ aircraft as an addition to its fleet consisting of six Airbus aircraft (four A319s and two A320s), and six Dash 8 Q400 aircraft.

During this year’s season, Croatia Airlines will directly fly to 39 destinations in 24 European countries.